The use of microwave-induced plasmas for removing pollutant gases from car exhausts is proving highly efficient, and one related application is the reduction of airborne contaminants from highly polluted city locations. New projects to set up and run proof of principle sites in the UK and India are underway, please contact me for further details or to get involved. 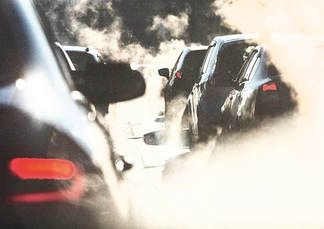 The Field Reactor is an innovative new device proving highly effective in converting the pollutants in car exhaust fumes, though the details of the processing reactions is still unclear. Here are some details (please get in touch if you would like more); any suggestions as to the mechanism would be much appreciated

The Field Reactor is a small device attached to a car exhaust pipe; when connected to a source of electricity at microwave frequencies, it acts as a microwave resonator and waveguide. Although the power supplied is low (between 40 W and 100 W), and the device remains cool, temperatures in excess of 6000 °C are produced at its core.

Analyses of exhaust gases before and after passing through the reactor show that the gas mix is profoundly altered: calibrated measurements made by a Fourier Transform Infrared Spectroscopic Gas Analyser show that the pollutant gases are all significantly reduced in quantity.

Apart from the compounds listed above, no further carbon or hydrogen is to be found in the products, nor is there any deposition of solid carbon within the reactor or elsewhere.

The processing mechanism is unknown. No other energy sources are present, and no ionising radiations are produced. The reactor is made of stainless steel, with no catalysts present. The effects are reproducible. A possible clue is that the processing continues for some minutes after electrical power has been switched off.

here's the blurb!
In 2015, 85 years after Pluto was discovered, it was finally reached by the New Horizons space probe, and what the probe found there transformed our understanding of that distant world. This up-to-date, detailed and colourful book tells the story of Pluto, from the early fruitless searches for the mysterious Planet X, through Clyde Tombaugh's triumphant discovery of the planet and the subsequent decades of research, culminating in the New Horizons mission. Including exclusive information from many world experts on Pluto and New Horizons, it covers every aspect of the story, in fact, fiction and art - and it looks to the future of both Pluto and probe.

If you'd like a copy, click on one of the links below to go to the Amazon page. If you do buy one, an Amazon review would be much appreciated.

This year, I've been exploring some new directions and revisiting some old ones:

Having failed to find a site on the internet that covers all aspects of sound, I decided to try setting up one myself, and the result is Sound Focus. It contains sound-related news links (updated several times a month), together with an extensive set of links to sound calculators (a survey I carried out last year showed that this feature woudl be of most interest to users). There is also a blog, a sound gallery, book reviews and more.
Visit Sound Focus site 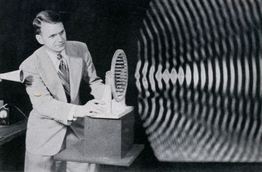 A very old (as in, long-standing) friend of mine has been developing and marketing a whole range of green products, ranging from hospital cleaning products to mosquito killers to systems to improve the efficiency of boilers.

One of these products is called CliniCoat, which is an organic molecule (specifically, an organosilane) with some amazing properties: it has the shape of a spike, and can bond to almost any surface. It is also polar, with a positive charge at the spike tip. Since bacteria are negatively charged, they are attracted to the spikes, which pierce and kill them, leaving the molecule ready to dispatch another. This means that Clinicoat is not depleted with use and its strong base bond means that it does not wear away either - so it can function indefinitely.

I've put forward a proposal for a research project to study the best uses of Clinicoat and I'll update this site with progress. If you have an interest in this kind of work in general or in organosilanes in particular, please do get in touch. 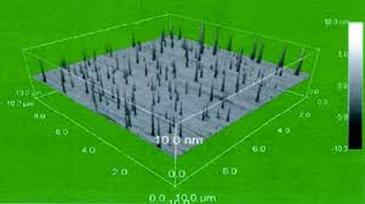 This summer, the New Horizons probe arrives at Pluto after its 12-year journey from Earth. This may well be the last great voyage of discovery to an unknown world. New Horizons follows in the track of the great missions of the last seven decades, which glimpsed the faces of distant worlds for the first time:

To coincide with the closest approach of New Horizons to Pluto in July, I'm publishing a book about the history and nature dwarf planet and the probe, which will be first to contain close-up images of Pluto. I have a separate website about Pluto, though it's still in its early stages.

Any thoughts or comments would be most welcome. When the time comes, I'd also love to hear what you were doing when you saw the first images of the surface of Pluto! 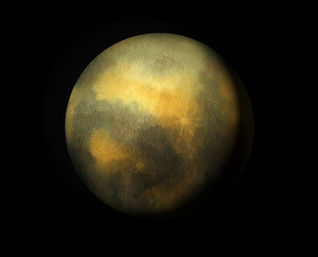 Two years ago, I was diagnosed with bowel cancer, and I learned a lot about the practicalities of the disease and of the numerous treatments I received since then. It would have been very handy if I'd had some guidance about what to expect and how best to deal with it. Since I couldn't find what I wanted, I wrote such a guide myself. I published Thirty Things About Cancer this month (March 2015), using the CreateSpace self-publishing system, which I'd highly recommend to anyone who has a book in them that they want to get out there. I've also put together a website to accompany the book. If you have, or have had, cancer yourself, please do feel free to get in touch - and if you have any tips for others in the same position, I'd be happy to share them on the site and in future editions of the book. 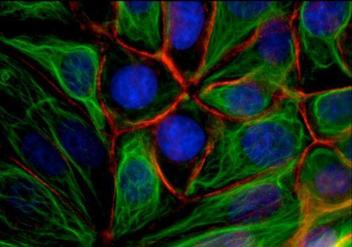 One of the consequences of global warming is that extreme weather events are becoming more likely - yet also more difficult to predict. Meanwhile, in the UK, a growing population has led to more and more building of homes on flood-risk areas. I've recently started work on a project to understand more about flooding, using computational fluid dynamics and finite element modelling. It's very early days yet, but I'll include any results here and, if things look promising, I'll launch a separate website too. 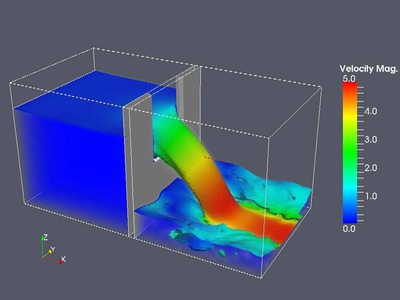 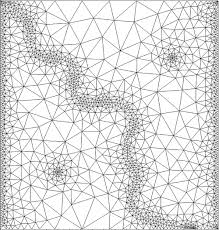 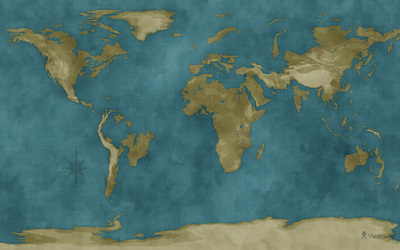 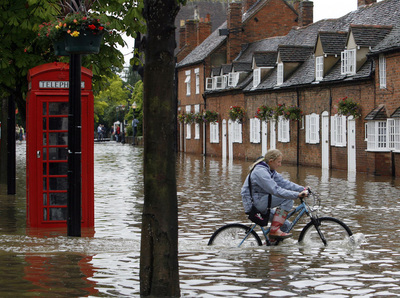 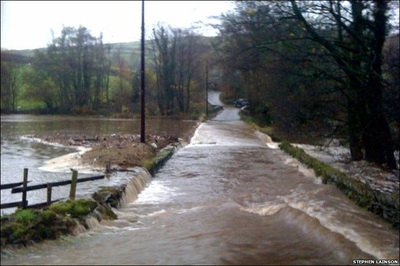 A friend and ex-colelague of mine, Richard Keach, has set up a FaceBook pages called Beautiful Equations, which is updated with a new equation (and accompanying article) every day. I contribute two equations per month. If you like maths or if you don't do have a look. Also, if you'd like to contribute any equations yourself, please let me know.
Go to Beautiful Equations page 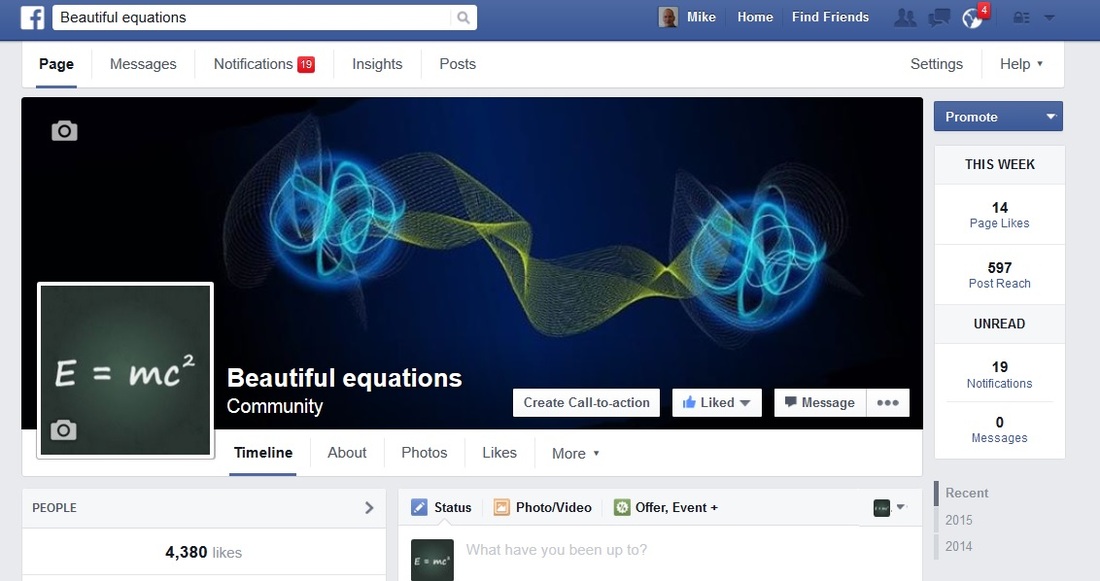 Review of the paperback edition of "Discord" in the Guardian
http://www.theguardian.com/books/2014/mar/28/discord-story-noise-mike-goldsmith-review

Short article in the New York Times about noise, based partly on an interview with me
http://www.nytimes.com/2014/03/02/jobs/where-sounds-have-no-barrier.html?_r=0

Brief mention in the Economist!
http://www.economist.com/news/technology-quarterly/21584438-technology-and-society-designers-are-paying-more-attention-devising-products

After a presentation about noise at Oxford Scibar, there's a short and noisy interview here:
http://oxfordscibar.jellycast.com/node/49

Click here to go to article (opens a new window)

The Sound Gallery is here...

...and the History of Noise is here

Science offers the only reliable route to truth about the Universe and is also a subject of great power and charm. While vast in its depth and breadth, science is based on a fairly small number of fairly simple principles. While these facts are not the reasons I chose to study and work in science, they are the ones that make me glad I did. Meanwhile, science is very often misunderstood, overcomplicated and disliked, even feared. A science writer, especially for children, has the chance to help remedy this. That's why I am one.